Atrial fibrillation (AF) in patients without stroke is independently associated with cognitive decline, according to study results published in the European Journal of Neurology.

A total of 4983 patients (57% women; mean age, 65.4 years) were enrolled in the 5th survey of the Tromsø Study (Tromsø 5, 2001), of whom 2491 also participated in the 6th survey (Tromsø 6, 2007-2008). Baseline characteristics included age, education, blood pressure, body mass index, lipid levels, smoking history, coffee consumption, physical activity, and the presence of depression, coronary and valvular heart disease, heart failure, and diabetes. Participants’ AF status was based on hospital records. The primary outcome of the study was change in cognitive score from Tromsø 5 to Tromsø 6, as assessed by the verbal memory test, the digit-symbol coding test, and the tapping test.

All estimates were similar among both sexes and did not change when adjusted for other risk factors. Notably, there was no association between AF and change in digit-symbol coding or verbal memory tests.

On the basis of the findings, the investigators concluded that patients with AF should be screened for cognitive decline, given that “several mechanisms may explain the association between AF and cognitive impairment, such as silent cerebral infarct, microemboli, microbleedings and cerebral hypoperfusion.” 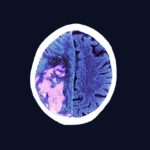