Among patients 90 years or older who were treated with a vitamin K antagonist (VKA), risk of bleeding was mildly increased and risk of thrombosis was significantly increased compared with younger patients, according to a retrospective cohort study published in JAMA Internal Medicine.

Although prior studies have demonstrated that the risk of bleeding with VKA use rises with age, other studies have shown that the benefit of anticoagulation outweighs bleeding risk in older patients with venous thromboembolism (VTE) and atrial fibrillation.

The most elderly patients — 90 years or older — have been underrepresented in these studies,1 and physicians are often hesitant to treat the very old with a VKA based on age alone.2 “Therefore, it is essential to know how the risk of bleeding and thrombosis during VKA therapy develops after the age of 70 years,” the authors, led by Hilde A. M. Kooistra, of University Medical Center Groningen in the Netherlands, wrote.

To determine the relationship between increasing age and bleeding risk, Dr Kooistra and colleagues compared the rates of composite nonmajor and major bleeding that were clinically relevant among patients treated with a VKA at an anticoagulation clinic in the Netherlands. Matched comparisons were conducted among patients grouped by age: 70 to 79 years (n=1104), 80 to 89 years (n=1100), and 90 years or older (n=1109).

The rates of both major and fatal bleeding were similar between all age groups. Men had a higher overall (HR, 1.20; 95% CI, 1.03-1.39) and sharper increase in bleeding risk with age than women.

Some of the bleeding risk in the oldest age group could be attributed to quality of VKA control. When adjusted for VKA control, as measured by time in therapeutic range and INR variability, the HR for bleeding risk in patients 90 years or older decreased from 1.26 to 1.11 (95% CI, 0.92-1.33).

“This study included all patients in the region that clinicians chose to treat with anticoagulation therapy and had no exclusion criteria; thus, it offers valuable information on real-world outcomes,” noted Anna L. Parks, MD and Kenneth E. Covinsky, MD, of the University of California, San Francisco, in an editorial published in JAMA Internal Medicine.2

The authors of this study concluded that among patients who are eligible for anticoagulation therapy, “the recommendations to use anticoagulants in patients older than 80 years can be safely extrapolated to the eldest women as well. The stronger increase in risk of bleeding in the eldest men makes us more cautious to draw final conclusions for this group of patients.”

The authors report no relevant conflict of interest disclosures. 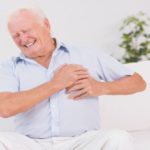