According to a rapid review published in Lancet Neurology, recent observational studies indicate that the initiation of direct oral anticoagulants (DOACs) between 3 and 5 days after ischemic stroke in patients with atrial fibrillation (Afib) is associated with fewer clinically symptomatic intracranial hemorrhage or surrogate hemorrhagic lesions on subsequent magnetic resonance imaging scans, whereas initiation of DOACs >7 or >14 days after stroke is associated with a higher risk for recurrent ischemic stroke.1

Current guidelines are imprecise and inconsistent with regard to when and how to start oral anticoagulation after the onset of Afib-related ischemic stroke. Although there is scarce evidence from randomized controlled trials of vitamin K antagonist (VKA) efficacy in acute ischemic stroke, VKAs are still recommended as first-line therapy in patients with AF in many countries. In fact, none of the guidelines distinguish between use of VKAs and DOACs, despite the substantial differences in the pharmacodynamics of these compounds. Moreover, findings from Cochrane reviews and meta-analyses have shown that DOACs have similar efficacy to VKAs in primary and secondary prevention of stroke, but are associated with about half the frequency of intracranial hemorrhage.2,3

Although all the observational studies reviewed here were prone to selection bias and featured nonstandardized administration of DOACs, all suggest that early DOAC administration in patients with mild ischemic stroke across different countries and ethnicities has a low frequency of intracranial hemorrhage (including hemorrhagic transformation).

The researchers also note that there are unresolved questions concerning starting anticoagulation in patients with renal impairment, as DOACs are eliminated by the kidneys. To their knowledge, there is only 1 trial ongoing (ClinicalTrials.gov identifier: NCT02942407), and without further insights, DOACs should be avoided and VKAs should be used instead in patients with severe renal impairment or those undergoing dialysis.

“The ongoing clinical trials should help to establish whether early initiation of DOAC treatment in patients with atrial fibrillation is safe, prevents recurrent ischemic stroke, shortens hospital stay, and improves the continuity of anticoagulant treatment,” concluded the researchers. In the meantime, “decisions for individual patients must be made on the basis of careful consideration of the risks of ischaemic stroke and intracranial haemorrhage.” 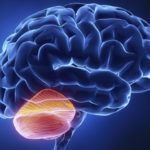