The use of carotid artery stenting (CAS) procedures has increased significantly for elderly patients with congestive heart failure, peripheral vascular disease, and symptomatic stenosis following the publication of the Carotid Revascularization Endarterectomy vs Stenting Trial (CREST), according to a retrospective study published in JAMA Neurology.

Using the National Inpatient Sample and the International Classification of Diseases, Ninth Revision, procedural codes, investigators retrospectively identified adult patients >70 years of age who underwent carotid revascularization between 2007 and 2014. Researchers compared CAS procedure rates from the pre-CREST era (2007-2010) vs the post-CREST era (2011-2014). A total of 494,733 weighted carotid revascularization admissions were included in the final analysis.

The possibility of International Classification of Diseases, Ninth Revision, coding errors could have led to inaccuracies in appropriate patient identification, thereby limiting the overall findings of this retrospective analysis. In addition, the investigators were unable to assess each patient’s degree of stenosis or congestive heart failure, ejection fraction, or other characteristics of plaque burden that may have had an impact on the choice of revascularization procedure.

In addition to findings from the CREST trial, the researchers suggest that current referral networks “for carotid revascularization and subspecialty of physicians performing these procedures may also be influencing revascularization patterns.” 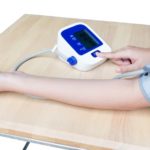