The CHA2DS2VASc score, used to evaluate the risk of thromboembolic events in patients with nonvalvular atrial fibrillation (AF), can be a sensitive tool to predict new-onset AF and risk stratification of major adverse cardio- and cerebrovascular events in individuals with and without prevalent or incident AF, according to a study published in the European Journal of Preventive Cardiology.

Investigators analyzed data from a Swedish registry of 22,179 people with (n=3542) and without (n=18,367) a history of AF. The population-based prospective cohort included middle-aged participants (mean age, 63±7 years; 39% men). The researchers grouped the participants into 5 groups by CHA2DS2VASc scores (0, 1, 2, 3, and ≥4) and compared the risk for major adverse cerebrocardiovascular events and mortality. The annual incidence of AF across different CHA2DS2VASc groups was also analyzed. The median (interquartile range) follow-up periods for the entire cohort, AF, and no-AF groups were 15 (3), 15 (4) and 15 (3) years, respectively.

The study results show that the CHA2DS2VASc score can predict the risk of incident AF and also help in quantifying the mortality and cardiovascular risk in middle-aged adults without AF. The investigators found that a score of ≥4 in people without AF was associated with a 5-year absolute risk for ischemic stroke similar to the risk associated with a CHA2DS2VASc score of 2 in people with AF.

Also, a score of ≥4 points toward an ischemic stroke rate greater than 0.9% per year among people without AF, which is equivalent to the previously proposed threshold for the safe prescription of nonvitamin K oral anticoagulants in patients with AF.

Although this study included a large population and extensive follow-up periods, it has important limitations. The investigators noted that the study lacked prospective reappraisal of CHA2DS2VASc risk factors and assessment of oral antithrombotic therapy during follow-up. Also, there were information gaps regarding the AF classification, bleeding events, and the precise indications for baseline antithrombotic treatment in patients without AF.

The investigators concluded that the significantly high risk for ischemic stroke observed in participants with CHA2DS2VASc scores ≥4 without AF may form basic evidence for a future randomized clinical trial to test the safety and efficacy of direct oral anticoagulants for the primary prevention of atherothrombotic events. 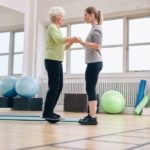