Fluoxetine or Control Under Supervision (FOCUS) trial investigators found that 20 mg fluoxetine did not improve functional outcomes when given daily for 6 months after acute stroke, and that the treatment regimen appeared to increase bone fracture frequency. Findings from this placebo-controlled trial were reported in the Lancet.

Patients who had a clinical stroke diagnosis and focal neurologic deficits were enrolled in the FOCUS trial from 103 UK hospitals (N=3127). Trial investigators randomly selected patients to either 20 mg fluoxetine (n=1564) or matching placebo (n=1563), both of which were administered once daily for 6 months. Functional status at 6 months, assessed by the modified Rankin Scale, was the primary outcome. The researchers also measured functional status at 12 months and survival at both 6 and 12 months. The Stroke Impact Scale (for each of 9 domains on which the patient scored 0-100) was used to assess health status at follow-up.

According to the researchers, the moderate rate of treatment adherence across groups was a study limitation that may have resulted in underestimation of treatment effect.

Additional studies as well as “a planned individual patient data meta-analysis are needed to confirm or refute a more modest benefit, either overall or in particular subgroups, and to provide more precise estimates of any harms,” the FOCUS researchers concluded. 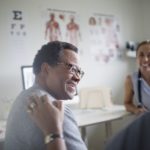