Early treatment with endovascular thrombectomy for acute ischemic stroke correlates with better functional outcomes, according to a study published in the Journal of the American Medical Association.1

Endovascular thrombectomy with second-generation devices has been shown to decrease disability in acute ischemic stroke caused by large-artery occlusion,2 but the risks and benefits of endovascular intervention after 6 hours from symptom onset and whether earlier intervention affects outcomes have not been established.1

“A major problem is that most non-stroke-trained neurologists and emergency physicians are not clear on the time window for making decisions for endovascular intervention,” Albert Favate, MD, division chief of vascular neurology  and the Stroke Care Center at NYU Langone Medical Center in New York, told Neurology Advisor. “This is a matter of particular importance for primary stroke centers that refer patients with suspected stroke due to large vessel occlusion to comprehensive stroke centers for intervention and advanced management.”

To determine the optimal treatment time window and evaluate the impact of treatment delays on stroke outcomes, the HERMES Collaborators, led by Michael D. Hill, MD, of the University of Calgary in Canada,performed a meta-analysis of phase 3 trials that investigated stent retrievers and other second-generation thrombectomy devices in acute ischemic stroke.

Data from 1287 patients in 5 trials that evaluated endovascular thrombectomy plus medical therapy vs medical therapy alone were included in the analysis. The primary endpoint was modified Rankin Scale (mRS) score at 90 days.

In the endovascular therapy group, the median times from symptom onset to arterial puncture and to reperfusion were 238 minutes and 286 minutes, respectively. The likelihood of a worse disability outcome increased with longer times between symptom onset and arterial puncture; common odds ratios (cOR) for 3 hours, 6 hours, and 8 hours were 2.79, 1.98, and 1.57, respectively.

The chances of better functional outcomes were no longer statistically significant after 7.3 hours, but Dr Hill suggests that some patients may still benefit from endovascular thrombectomy in the extended time window. “There is substantial variance among individual patients, so those who present with ischemic stroke symptoms at 7 or more hours may still be considered for endovascular thrombectomy depending upon their neurovascular imaging,” he said in an interview with Neurology Advisor.

Among patients who achieved reperfusion with endovascular therapy, every hour that treatment was delayed increased the risk for disability and functional dependence, but not mortality.

“The results of this study clarify the strong association between time to treatment and functional outcome. They crystallize what we knew already: the sooner we achieve reperfusion, the better,” S. Claiborne Johnston, MD, PhD, of the University of Texas at Austin and co-author of a related editorial, told Neurology Advisor.

The finding that earlier treatment leads to better outcomes has important implications for systems of stroke care. “Prompt recognition and triage of acute stroke is essential if acute stroke management is to be successful at any stroke center,” Dr Favate said.

“We really should be triaging people with stroke to centers that can perform endovascular therapy,” Dr Johnston concluded.

“Even patients who are within 8 to 12 hours of symptom onset may be considered for transport to an endovascular-capable center,” Dr Hill suggested. “For ischemic stroke, the treating doctor and team have to ‘feel the need for speed.’”

See the study for a full list of author disclosures. 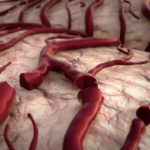 Cerebral Microbleeds and Risk of Intracerebral Hemorrhage After Stroke