According to the researchers, urinary tract infections (UTIs) appear to be the primary infection associated with 30-day readmission in these patients.

A total of 319,317 patients with ischemic stroke, of whom 12.1% were readmitted within 30 days, were identified and included in the analysis. Factors associated with readmission in this patient population included older age, Medicare coverage, a higher number of comorbid conditions, and longer length of stay during the first hospital admission. Compared with patients without any type of infection at hospital admission, patients with an infection during stroke admission had a 21% higher odds of readmission (adjusted odds ratio [aOR] 1.21; 95% CI, 1.16-1.26). In the multivariable adjusted analysis, infection and unplanned readmission remained significantly associated (aOR 1.23; 95% CI, 1.18-1.29). Only UTIs were significantly associated with 30-day readmission in the adjusted analyses (aOR 1.10; 95% CI, 1.04-1.16).

Considering UTIs appear to be the infection driving higher 30-day readmission rates, the researchers highlighted the importance of “nursing and admission protocols targeted at preventing UTI’s, notably avoiding the use of indwelling catheters and the use of bladder ultrasounds to treat retention.” 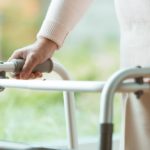