The incidence of acute stroke or transient ischemic attack (TIA) during pregnancy and puerperium has remained unchanged or might be increasing, according to a nationwide observational analysis of pregnancy-related hospitalization from 2007 through 2015, published in the Journal of the American College of Cardiology.

The researchers used data from the Nationwide Inpatient Sample database and identified adult women in the United States who were hospitalized during pregnancy, labor, and the postpartum period due to pregnancy-related condition.

The research noted the study had several limitations, including the observational design, potential of unmeasured confounders and coding errors, and missing data on other outcomes.

“The increases in the trends in ischemic and hemorrhagic stroke noted in our study suggest that we must understand the reasons behind this rise,” concluded the researchers. 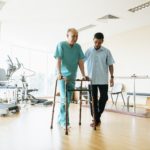