Follow-up infarct volume (FIV) is a reliable predictor of functional outcome approximately 90 days after an acute ischemic stroke caused by a proximal intracranial occlusion, according to a meta-analysis published in the Journal of Neurointerventional Surgery.

In this pooled analysis of seven randomized-controlled trials, investigators examined the association of FIV with functional outcome following an acute ischemic stroke. A total of 1665 patients were included in the analysis, of whom 83% were imaged with computed tomography (CT) for FIV (median FIV, 41 mL [interquartile range] 14-120).

The degree of disability as assessed by the 90-day modified Rankin Scale (mRS) score comprised the primary outcome. Adjusted and unadjusted ordinal or binary logistic regression models were used to estimate the association between FIV and ordinal mRS score.

Variations in reperfusion rates as well as MRI assessments among included studies represent possible limitations of this meta-analysis.

Findings from this study indicate “FIV might be suitable as a prognostic biomarker for functional outcome in acute ischemic stroke, irrespective of imaging modality and time to follow-up imaging.” 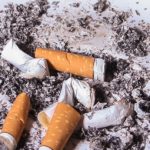