HealthDay News — For patients with acute ischemic stroke (AIS), intravenous thrombolysis (IVT) seems to be safe among those with saccular unruptured intracranial aneurysms (UIAs), according to a study published online Oct. 6 in Neurology.

Jyri Juhani Virta, M.D., Ph.D., from Helsinki University Hospital in Finland, and colleagues examined whether IVT for AIS can lead to a UIA rupture and intracranial hemorrhage (ICH) in patients with unruptured UIAs in a prospective cohort study of patients treated in a stroke center between 2005 and 2019. Among all AIS patients treated with IVT, radiology reports and records were assessed to identify patients with UIAs. Patient angiograms were analyzed for aneurysm characteristics and other brain imaging studies for ICHs after IVT.

During the 15-year study period, 3,953 patients were treated with IVT. The researchers found that 132 patients (3.3 percent) had 155 UIAs (14 fusiform and 141 saccular), which had a mean diameter of 4.7 ± 3.8 mm (18.7 percent ≥7 mm; 9.7 percent ≥10 mm). None of the saccular UIAs ruptured after IVT; however, three patients (2.3 percent) with large fusiform basilar artery UIAs suffered fatal rupture at 27 hours, 43 hours, and 19 days following IVT. All three were administered anticoagulation treatments after IVT; anticoagulation took effect during rupture. Of all AIS patients, any ICHs and symptomatic ICHs were detected in 18.9 and 8.3 percent, respectively.

“For people with large fusiform aneurysms, additional consideration should be taken regarding treatment as blood thinners may increase the risk of aneurysm rupture,” Virta said in a statement. 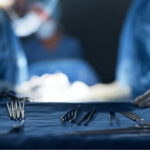 FDA: Risk of LAAO Implant-Related Adverse Events May Be Higher for Women