Patients who presented with cerebral amyloid angiopathy (CAA)-associated transient focal neurological episodes (TFNEs) were found to be at increased risk for lobar intracerebral hemorrhage (ICH) and death. These findings were published in JAMA Neurology.

TFNEs have been increasingly associated with CAA. These patients have stereotyped, recurrent, short-lived focal somatosensory or motor disturbances lasting 10-30 minutes. However, TFNEs can also mimic other neurological disturbances such as transient ischemic attacks, focal seizures, and migraine auras. To address the potential gap in knowledge about TFNE characteristics and the potential implications for CAA prognosis, researchers from the Hospital del Mar in Spain performed a review of patient records at two Spanish hospitals and a systematic review and meta-analysis.

Patients (N=26) who had a diagnosis of CAA with either TFNE or amyloid spells between 2010 and 2020 were assessed for symptoms and outcomes. The researchers also searched publication databases through December 2019 for studies of CAA combined with TFNEs.

At a median follow-up of 1.63 years, eight patients had an acute symptomatic lobar ICH and three patients died.

In the meta-analysis, a total of 48 studies comprising 222 patients were included. This patient population was 57% men aged mean 74 (SD, 7) years.

The merged dataset included three definite CAAs, seven probable CAAs with pathology, 96 probable CAAs, and 142 possible CAAs. Nearly half of TFNEs had motor symptoms (43.5%) and most (85.5%) had CSAH or CSS. Symptomatic lobar ICH occurred among 39.4% and 16.5% died.

This study was limited by the quality of the data in the meta-analysis, which included high heterogeneity.

“Motor TFNEs and use of antithrombotics after a TFNE, in many cases because of misdiagnosis, are risk factors for ICH, and therefore accurate diagnosis and distinguishing this condition from transient ischemic attacks is critical,” the researchers concluded.

These data indicated that motor TFNEs and antithrombotic treatment were potential risk factors for lobar ICH among patients with CAA, which likely increased mortality risk. More study is needed such that patients with CAA-associated TFNEs may be better stratified for hemorrhage risk. 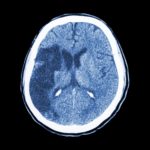 Functional Outcomes of Ischemic and Hemorrhagic Strokes: A 20-Year Analysis