Multidisciplinary team (MDT) discussion should be considered the standard of care in patients with carotid stenosis and may avoid unnecessary surgery, according to the results of a 1-year prospective, observational study published in the British Journal of Surgery.1

Although carotid stenosis is a common cause of ischemic stroke and transient ischemic attack (TIA), there has been a decline in interventions for carotid stenosis in the United Kingdom in recent years.2,3 The reason for this decline is unknown; therefore, researchers sought to understand the current prevalence of carotid artery disease, patient population, demographics, and diagnostic and management pathways in the United Kingdom.1

Researchers assessed 2707 patients with ischemic stroke, TIA, or ischemic retinal artery occlusion presenting to a central London hyperacute stroke unit and TIA clinic. Patients with significant carotid stenosis, defined as atherosclerotic narrowing of ≥50%, were discussed by an MDT in order to determine the cause of stroke/TIA and classify carotid stenosis as symptomatic or incidental. They found that 19% of patients had significant carotid stenosis and that these patients were more likely to have hypertension, hypercholesterolemia, diabetes, and ischemic heart disease.

The researchers concluded that, “Carotid stenosis is common, affecting one in five patients presenting with stroke or TIA.”1 They added that, “Careful MDT discussion may avoid unnecessary intervention and should be the standard of care.” 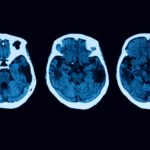