HealthDay News — From 1999 to 2016, there was no decrease in the rate of active smoking among stroke survivors, according to a study to be presented at the American Stroke Association International Stroke Conference, held from Feb. 19 to 21 in Los Angeles.

Neal S. Parikh, M.D., from Weill Cornell Medicine in New York City, and colleagues conducted a trends analysis using cross-sectional data from nine consecutive cycles of the National Health and Nutrition Examination Survey from 1999 to 2016. Participants who answered questions regarding smoking were included; those with previous stroke were identified via self-report.

Of the 49,440 participants, 2.7 percent reported a previous stroke. The researchers found that during 1999 to 2016, the average prevalence of active smoking was 22.2 and 24.3 percent for the whole sample and for stroke survivors, respectively. During the study period, the adjusted prevalence of active smoking decreased among the overall population (odds ratio per cycle, 0.96; 95 percent confidence interval, 0.94 to 0.97), while no decrease was seen in the rate among stroke survivors (odds ratio, 1.01; 95 percent confidence interval, 0.93 to 1.09).

“The persistent rate of smoking among stroke survivors, who should be motivated to quit, speaks to the highly addictive nature of nicotine,” Parikh said in a statement. “It’s important for stroke survivors to know that several effective, U.S. Food and Drug Administration-approved medications to assist patients with smoking cessation are available.” 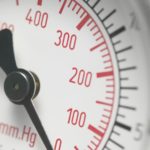