Although intravenous thrombolysis with recombinant tissue plasminogen activator was found to be effective in acute ischemic stroke (AIS), prior anticoagulant treatment is one of the main contraindications to this treatment. MT may be a safe and effective reperfusion approach for AIS in anticoagulated patients with large vessel occlusion, but there are no previous studies to compare the results of the intervention for patients treated with VKA or DOA before stroke onset.

The primary outcome of this study was the percentage of patients who achieved a favorable 90-day outcome, defined as modified Rankin scale (mRS) score of 0-2 or equal to prestroke mRS. Secondary outcomes included various clinical (favorable and excellent outcome, 90-day all-cause mortality, and hemorrhagic complications) and procedural (rates of reperfusion at end of procedure, number of passes >2, procedural complications) outcomes according to anticoagulation subgroup.

There was no significant between-group difference in hemorrhagic or procedural complications.

The researchers acknowledged several study limitations, including potential unmeasured cofounders, missing data on some covariates and on clot burden, and differences in antiaggregant use between the groups.

“Future European Society of Cardiology Guidelines for the Management of Atrial Fibrillation could consider our results for recommending DOA to prevent stroke in preference to VKA,” the study authors concluded. They add that, “Our study provides new evidence of benefits of DOA use in clinical practice.” 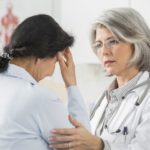 Can Stress and Depression Increase Risk for Subjective Cognitive Complaints After Stroke?