Outcomes of transfemoral transcatheter aortic valve replacement (TAVR) for symptomatic severe aortic stenosis were comparable with the self-expanding transcatheter ACURATE neo valve or the CoreValve Evolut valve, according to a study published in Circulation.

At the 1-year follow up, the primary composite endpoint in the intention-to-treat cohort occurred in 15.8% and 13.9% of patients assigned to receive an ACURATE neo and a CoreValve Evolut valve, respectively (absolute risk difference, 1.8%; upper one-sided 95% confidence limit, 6.1%; P =.0549 for noninferiority).

In the per-protocol analysis, a higher incidence of the primary composite endpoint occurred in the ACURATE neo group (15.3%) vs the CoreValve Evolut group (14.3%; absolute risk difference, 1.0%; 1-sided upper 95% confidence limit, 5.4%; P =.0314 for noninferiority; and P =.70 for superiority). Noninferiority of the ACURATE neo valve could not be established for the primary endpoint due to inconsistent findings between the intention-to-treat and per-protocol analyses.

Limitations of the study include the relatively short follow-up period (1-year) as well as the lack of analytical power to identify significant differences in individual endpoints between the 2 valves. 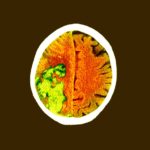