Poststroke neurocognitive disorder (NCD) occurs in the majority of patients affected by stroke with associated cerebral infarct or hemorrhage, according to a study published in Stroke. A shortened summary cognitive score consisting of action speed, executive function, and language may help diagnose poststroke NCD.

Using the National Institute of Neurological Disorders and Stroke-Canadian Stroke Network standardized battery, investigators assessed patients who had a stroke (n=404) from the GRECOG-VASC (Groupe de Réflexion pour l’Évaluation Cognitive Vasculaire) cohort at 6 months following stroke for cognitive function. People who had a stroke included those with cerebral infarct (91.3%) or hemorrhage (18.7%). Data from those who had a stroke were compared with data from healthy controls (n=1003). Investigators also used the VASCOG (Vascular Behavioral and Cognitive Disorders) criteria to identify diagnoses of mild and major poststroke NCD.

The examination of only outpatients taking a neuropsychological battery may reduce the generalizability of these findings across population-based data.

In conclusion, findings from this study indicate “that even in the era of dedicated stroke units, a large proportion of stroke survivors experience cognitive impairment.” 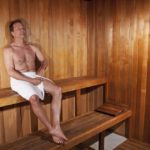