A 5-point prediction algorithm based on noncontrast computed tomography (NCCT) findings can accurately stratify risk for hematoma expansion (HE) among patients with spontaneous acute intracerebral hemorrhage (ICH), according to a study published in Stroke. The variables in this score that predict HE include blend sign, any intrahematoma hypodensity, and time from onset to NCCT.

The prediction score was first applied to a consecutive cohort of patients with spontaneous ICH (n=344) and subsequently validated in an ICH population participating in the ATACH-II (Antihypertensive Treatment of Acute Cerebral Hemorrhage 2) randomized clinical trial (n=954), as well as the PREDICT (Predicting Hematoma Growth and Outcomel in Intracerebral Hemorrhage Using Contrast Bolus CT) prospective observational clinical trial population (n=241). Investigators assessed various NCCT markers of HE, including blend sign, fluid level, hematoma shape and density, and hypodensities. For the purpose of this study, the definitions of HE included absolute hematoma growth >6 mL or relative hematoma growth >33% from baseline.

Patients in the development cohort were dichotomized to determine the cutoff scores of patients at high risk (BAT score ≥3) or low risk (BAT score <3), which were chosen at the point at which HE patients exceeded the average incidence rate in the sample. The rate of HE was 50.8% in participants with a high-risk BAT score of ≥3 vs 11.0% in participants with a BAT score of <3. The dichotomized BAT score of ≥3 was associated with a 0.50 sensitivity and 0.89 specificity in predicting HE.

Varying methods of blood pressure treatments were used among the 3 cohorts, and these unadjusted blood pressure management strategies may have influenced HE rates.

The investigators suggest this risk prediction score may hold value in future clinical trial research, specifically in its ability “to stratify the risk of HE without the [computed tomographic angiography] spot sign [which] might indeed expand the pool of patients eligible for clinical trials testing antiexpansion therapies.” 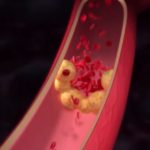