Stroke May Be the First Sign of Atrial Fibrillation - Neurology Advisor

While an uncommon first manifestation of atrial fibrillation (AF), stroke can effectively indicate AF’s presence, according to research published in Stroke.

Stephen A. Lubitz, MD, MPH, of the Cardiac Arrhythmia Service and Cardiovascular Research Center at Massachusetts General Hospital in Boston, and colleagues studied the link between stroke and AF using data collected from the Framingham Heart Study. The researchers colleagues focused on incident strokes occurring ≤1 year prior to onset of AF.

The study included 1809 patients with incident AF between 1951 and 2013 (mean age at AF detection: 74.6 ± 11.2 years; 47% women). Among all patients, 87 (4.8%) strokes occurred ≤1 year before detection of AF; 94% were ischemic strokes. Nearly 2% of patients had strokes that occurred on the day that AF was first detected; 3.4% occurred within 30 days of AF detection, and 3.7% occurred within 90 days. The researchers noted that results were not different when restricting data to ischemic strokes.

“By extrapolating these observations, we estimate that for both men and women, approximately 2 to 5 individuals per 10,000 person-years may present with stroke as the initial manifestation of AF,” the researchers concluded. “The utility and cost effectiveness of efforts to reduce stroke by identifying individuals with undiagnosed AF require prospective evaluation.” 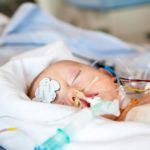