The use of hyperacute transcranial Doppler ultrasound (TCD) in patients who undergo stroke thrombolysis is safe and may be associated with better outcomes when performed prior to or during intravenous thrombolysis (IVT) in order to avoid treatment delays, according to analysis of data from the Safe Implementation of Thrombolysis in Stroke–International Stroke Thrombolysis Register (SITS-ISTR) collected between December 2002 and December 2011. Findings from the study were published in Stroke.

The researchers concluded that although the association of hyperacute TCD with beneficial outcomes suggests a potential impact on the management of patients with acute stroke, further investigation is warranted. 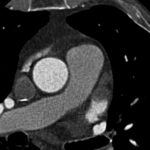