A virtual reality gaming system may help hemiparetic stroke patients regain use of their weakened limbs, results from a small pilot study indicate.

Researchers from the Universitat Pompeu Fabra in Spain noted that hemiparesis often leads to learned non-use of a limb, which is linked to reduced quality of life. Using a rehabilitation gaming system with a Microsoft Kinect sensor, patients in the study were able to control a virtual limb with their own body movements.

Twenty participants (11 males, 9 right-side hemiparesis) used the gaming system for three stages: baseline, intervention, and washout. During intervention, researchers gradually improved the movement of the virtual paretic limb, making its movements appear faster and more accurate when reaching for virtual targets. Patients were unaware of these enhancements. Patients’ performance on trials with normal settings as well as the likelihood that they would use their paretic limb was recorded.

Researchers found that the probability that a participant would use the paretic limb was much higher in the washout phase after the intervention than at baseline, indicating that a change in their belief about their capability can improve the use of their paretic limb.

“There is a need for designing new rehabilitation strategies that promote the use of the affected limb in performing daily activities. Often we neglect the remarkable contribution of the patient’s emotional and psychological states to recovery, and this includes their confidence,” said study author Belén Rubio, PhD, of the Laboratory of Synthetic, Perceptive, Emotive, and Cognitive Systems, Universitat Pompeu Fabra, Spain. “Surprisingly, only ten minutes of enhancement was enough to induce significant changes in the amount of spontaneous use of the affected limb.”

Existing therapies, some of which limit the use of the healthy limb to force use of the paretic limb, focus strictly on the physical aspects of the stroke side effect. However, a virtual reality system may help target more of the emotional hurdles that patients must overcome in order to regain normal movement and use.

“This therapy could create a virtuous circle of recovery, in which positive feedback, spontaneous arm use and motor performance can reinforce each other. Engaging patients in this ongoing cycle of spontaneous arm use, training and learning could produce a remarkable impact on their recovery process,” Rubio said.

Rubio and colleagues plan to repeat the study with a larger group of participants to validate the results and gain more insight into virtual reality as an effective therapy. 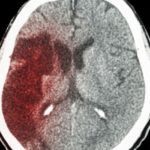 Cognitive Impairment After Stroke Equivalent to 8 Years of Aging