HealthDay News — Research indicates that concussions are common in water polo. The study was published in Frontiers of Neurology.

Among water polo players whose highest level of competition was high school, 31% reported at least 1 concussion. Among college competitors, 51% said they’d had 1 or more concussions, as did 43% of players at the masters club level. College and masters players averaged more than 2 concussions per player.

“These numbers suggest that playing water polo carries a significant risk of concussion,” study coauthor Steven Small, MD, PhD, chair of neurology at the University of California, Irvine, said in a university news release. “Our results speak to the need for systematic concussion reporting in water polo. Particularly important is reporting for individuals at the college level, who have the highest prevalence of concussion.” 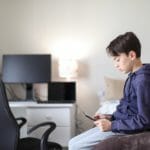