Fast magnetic resonance imaging (MRI) —- an abbreviated, motion-tolerant sequence without sedation scan —  is a reasonable alternative to computed tomography (CT) for evaluation of children with traumatic brain injury (TBI), according to study results published in Pediatrics.

Although clinically significant injury after TBI is rare in children, between 20% and 70% undergo a CT scan, exposing them to ionizing radiation and the possible increased risk for malignancy. MRI has the advantage of eliminating radiation exposure, but requires the patients to remain motionless for several minutes.

In this study, the researchers provide descriptive data of imaging time for CT and MRI in an attempt to determine the feasibility and accuracy of fast MRI to identify radiographically apparent TBI in young children.

The prospective cohort study included children <6 years of age from the emergency department of a level 1 pediatric trauma center who underwent head CT during their emergency medical care. Enrolled children received fast MRI as soon as possible on the basis of clinical availability, with a goal of obtaining imaging within 24 hours of the CT scan. Fast MRIs were independently interpreted by 2 of 3 pediatric radiologists masked to all other clinical and imaging results and the initial clinical interpretations. The accuracy of fast MRI was based on the presence of radiographically apparent TBI, with the CT as the criterion standard.

Of the 8 cases for which radiographic TBI was visible on CT but missed by fast MRI, 6 cases had isolated, linear skull fractures and 2 had isolated subarachnoid hemorrhage.

Conversely, there were 5 cases of TBI that were identified by fast MRI and not by CT, all of which represented significant injuries, including subdural hematomas (3 cases), parenchymal contusions (2 cases), and subarachnoid hemorrhage (1 case).

The study had several limitations, according to the researchers. First, this study used a team of experienced technicians and radiologists and newer 3T MRI scanners, which may not be representative of centers with less expertise and older scanners. Second, investigators noted a significant variability in the image quality between scans. Third, exclusion of patients with clinically unstable injuries may limit the generalizability of these findings to all patients with TBI.

“These results suggest that fast MRI is a reasonable alternative to CT with the potential to eliminate ionizing radiation exposure for thousands of children each year,” concluded the researchers. They add that “[t]he ability to complete imaging in ∼6 minutes, without the need for anesthesia or sedation, suggests that fast MRI is appropriate even in acute settings, where patient throughput is a priority.” 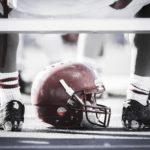 Risk and Severity of CTE Increase With Years of Football Played