HealthDay News — Career participation in professional American football seems not to be associated with an increased risk of all-cause mortality compared with limited participation, according to a study published online in the Journal of the American Medical Association.

Atheendar S. Venkataramani, MD, PhD, from the University of Pennsylvania in Philadelphia, and colleagues conducted a retrospective cohort study involving 3812 retired US National Football League (NFL) players who debuted in the NFL between 1982 and 1992 and were followed through December 31, 2016. The cohort included 2933 regular NFL players and 879 replacement players who were temporarily hired to play during a three-game player strike.

“Career participation in the NFL, compared with limited NFL exposure obtained primarily as an NFL replacement player during a league-wide strike, was not associated with a statistically significant difference in long-term all-cause mortality,” the authors write. 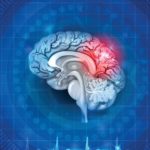