Head trauma occurs in American football athletes over the course of an entire season, even when concussion does not, studies suggest. The good news: There may be a way to reduce harmful effects resulting from this common occurrence.

The study’s researchers used novel immuno-assay technology to “detect subtle changes over the course of a season and report on those differences between athletes known to sustain a greater number of hits,'” study author Jonathan Oliver, PhD, assistant professor of Kinesiology at TCU, said in a statement.

“To our knowledge, we are the first to show that the hits experienced by these athletes results in a measurable increase in a peripheral biomarker of head trauma,” Oliver said. “A simple blood test can show that something is changing in the brain.”

Coinciding with times in which number of impacts grew, levels of serum NFL increased in players examined by the study’s authors. Researchers also learned that the greatest increases occurred during conference play.

Researchers in another study, published in Medicine and Science in Sports and Exercise, reviewed the fatty acid docosahexaenoic acid (DHA), commonly found in fish oil supplements, as an intervention.

The study’s authors gave players various doses of DHA and tested these athletes throughout the season. The researchers found that DHA reduced the levels of serum NFL.

“DHA has received considerable attention as a possible intervention to treat traumatic brain injury,” Oliver said. “It has long been shown in animal studies that DHA has protective qualities when taken before injury. We believe ours is the first that finds this is also true in humans.” 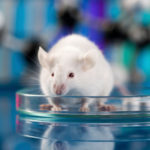