Andrea Lauren Christman Schneider, M.D., Ph.D., from the University of Pennsylvania Perelman School of Medicine in Philadelphia, and colleagues developed and established concurrent validity of a clinically relevant definition of poor cognitive outcomes one year after mTBI in a prospective cohort study of 656 participants aged 17 years or older presenting within 24 hours of mTBI and 156 demographically similar healthy controls. Poor one-year cognitive outcome was defined as cognitive impairment, cognitive decline, or both.

“More research is needed to find out the role of cognitive rehabilitation on people with more mild brain injuries who are also at risk for poor cognitive outcomes, and how to predict who falls into this risk category,” a coauthor said in a statement. 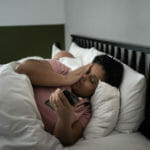