High-grade carotid stenosis can affect cognitive function, but while CEA is recommended as secondary prevention for brain ischemia in patients with symptomatic ICA stenosis, there are no data regarding the impact of CEA on neurocognitive performance. The goal of the study was to investigate changes in cognitive function in patients with high-grade symptomatic ICA stenosis at 6 months from CEA in order to identify potential predictors of cognitive outcome.

The study included patients following CEA at the Vascular Surgery of the Ospedali Riuniti of Ancona, Italy, from January 2014 to December 2016 with a diagnosis of transient ischemic attack within the previous 6 months secondary to severe (70% to 99%) ICA stenosis.

Cerebral hemodynamics was assessed via cerebral vasomotor reactivity to hypercapnia measured with transcranial Doppler ultrasonography as measured by the breath-holding index (BHI). The Colored Progressive Matrices plus Complex Figure Copy Test and the phonemic plus categorical Verbal Fluency tests were performed to assess right and left hemisphere functions, respectively. Cerebral hemodynamics and cognitive functions were assessed before and 6 months after CEA.

Of the 208 patients who underwent hemodynamic and neuropsychological assessment before CEA, 181 were included in the current analysis (mean age 73.2±6.9 years; 66.9%  men).

At the 6-month evaluation, mean BHI values recorded on the side of surgery were 1.00 (0.21) and 1.01 (0.19) in patients undergoing right and left CEA, respectively. Values recorded were significantly higher compared with the corresponding baseline values (P <.001). The mean difference between post- and pre-operative BHI values on the stenotic side was 0.46 (0.32) in the study cohort.

Performance on neuropsychological testing designed to assess function in the re-vascularized hemisphere, was significantly improved, with an inverse association with

“Cerebral hemodynamics is suggested to contribute to cognitive dysfunction in patients with severe carotid artery disease and CEA may result in the improvement in cognitive performance,” concluded the researchers. They believe the study “added useful insights toward the opportunity to pre-operatively select a subset of patients with the higher likelihood to gain a benefit from the stenosis correction on the basis of hemodynamic parameters.” 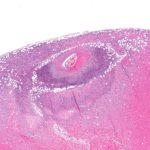