Increased consumption of fish is associated with a lower risk for cerebrovascular disease (CVD), according to results of a cross-sectional study published in Neurology.

Fish consumption is the primary source of long-chain omega-3 polyunsaturated fatty acids and may contribute to lower risk for age-related brain diseases. Yet, the mechanisms behind its potential impact on subclinical brain damage before the onset of these diseases is unknown. Previous research on fish intake and brain vascular health has also been mixed.

The objective of the current study was to examine the relationship between fish intake with global CVD burden based on brain magnetic resonance imaging (MRI) markers in a large population-based cohort of older adults.

To assess whether consuming fish associated with CVD burden, data were sourced from the Three City Dijon study. The participants consisted of a cohort of 1,623 community-dwellers aged 65 years or older in Dijon, France who were recruited between 1999 and 2001. Study participants were interviewed about demographics, medical and lifestyle information, responded to a brief food frequency questionnaire, and underwent MRI.

Multivariate adjustments did not alter these observed trends and no other food groups were significantly associated with CVD.

This study was limited by its cross-sectional design, so no causal relationships could be assessed.

“To date, few protective factors against the development of subclinical cerebrovascular damage that lead to stroke or dementia have been identified. If confirmed in prospective studies or clinical trials, the beneficial role of fish intake for the preservation of cerebrovascular health in very early brain aging stages may lead to relatively simple and inexpensive preventive strategies,” the researchers concluded. 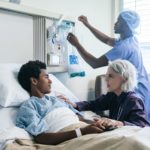