Women have a greater risk of aneurysmal rupture compared with men, and this risk is not explained by differences in patient- and aneurysm-related risk factors, according to study findings published in the journal Stroke.

Researchers conducted a pooled analysis of individual patient data from prospective cohort studies to determine whether sex is a risk factor for intracranial aneurysm rupture independent from other risk factors, including the Population, Hypertension, Age, Size of Aneurysm, Earlier Subarachnoid Hemorrhage From Another Aneurysm, Site of Aneurysm (PHASES) score, smoking, and a positive family history for aneurysmal subarachnoid hemorrhage (aSAH). They searched the Pubmed and Embase databases for all relevant studies on rupture risk through December 1, 2020.

Participants’ rupture rate was analyzed in a per-patient analysis and a per aneurysm analysis with use of a Cox proportional hazard regression model.

A sensitivity analysis in patients with no missing data for smoking, hypertension, and family history of aSAH (n=9566) found similar but nonstatistically significant results.

Among several study limitations, selection bias may have occurred owing to participant loss to follow-up within each cohort. Also, most studies only had data on smoking at the time of UIA detection but not during follow-up, and Japanese patients were overrepresented compared with other populations.

“Our results show that UIAs in women have a higher rupture risk than UIAs in men, which is not explained by differences in patient- and aneurysm-related risk factors for aneurysmal rupture, being risk factors of the PHASES score, smoking, and a positive family history for aSAH,” the researchers stated. “When assessing the risk of rupture of UIAs in women, this higher risk should be taken into account and a more aggressive treatment approach in women as compared to men is justified.” 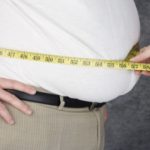