Late cerebrovascular events (LCVEs) are common after transcatheter aortic valve replacement (TAVR), and older age, history of cerebrovascular disease, higher aortic gradient, periprocedural stroke, and the lack of anticoagulation at discharge were found to be associated with an increased risk for LCVEs, according to study results published in JACC: Cardiovascular Interventions.

While TAVR has become very useful for patients with severe symptomatic aortic stenosis at intermediate to high surgical risk, one of the most worrisome complications is periprocedural stroke. Because limited data are available on the LCVE post TAVR, the goal of the current study was to explore the incidence, clinical characteristics, associated factors, and clinical outcomes of LCVE >30 days following TAVR.

The multicenter study included 3750 patients (mean age 80±8 years, 50.5% women) from centers in Canada, France, and Spain who underwent TAVR and survived >30 days after the procedure. Most procedures (80.5%) were performed through the transfemoral approach. In-hospital stroke occurred in 2% of patients, and 34.6% of patients were discharged on anticoagulation therapy.

The researchers acknowledged several study limitations, including retrospective data analysis, unavailable CT data for evaluation of subclinical valve thrombosis, and lack of recorded data on the specific treatments during the LCVE.

“These data may be considered in further studies regarding potential preventive measures of LCVEs following TAVR,” the researchers concluded. They also note that “Most late stroke events were disabling and associated with very high early and late mortality rates, further highlighting the importance of future efforts to both reduce their occurrence and implement the most appropriate therapies to improve outcomes.” 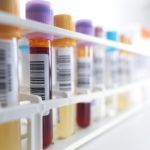 Predictors of Atrial Fibrillation in Patients With Transient Ischemic Attack